The CritView code is used as an electronic equivalent of a nuclear criticality handbook (e.g., ARH-600). CritView includes an electronic library of critical data and allows the user to select and display various parameters in units of interest as well as include additional user-supplied data.

ARH-600 and other data are best estimate and do not include uncertainty or bias; therefore, CritView is intended primarily as a scoping and visualization tool. Care must be employed if the data is used directly in criticality safety analyses. 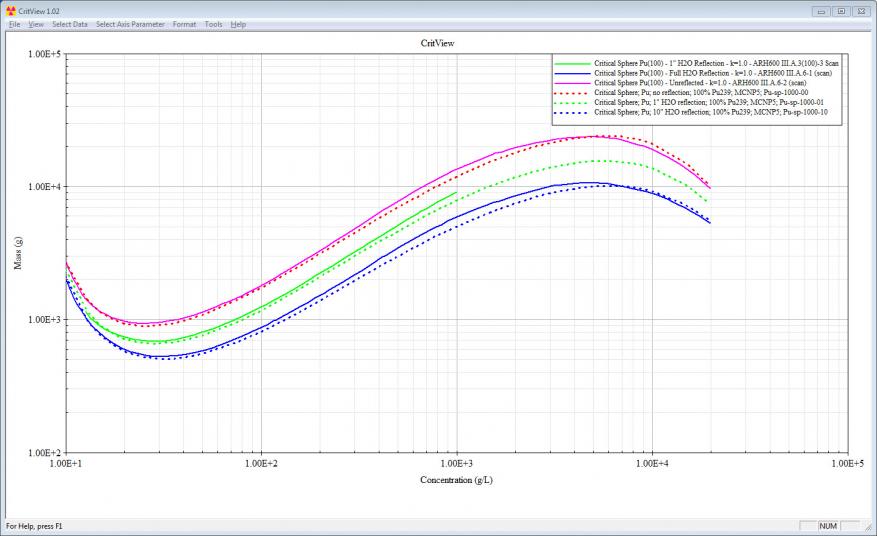 ARH-600 and CritView – A Brief History